Showing posts from March, 2018
Show all

The Bond Verdict: And my personal favorite James Bond film ever is… 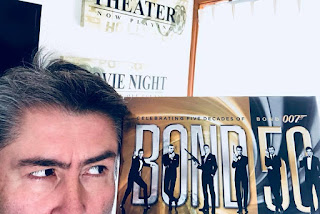 Recently I had some brief but unexpected additional free time, so among many other things I decided to catch up on my movie library (there were quite a few films I hadn’t watched since I got them long ago).  Among these was my 2012 issued 50 th Anniversary James Bond BluRay collectors’ edition. It includes all official Bond Films (with the exception of Skyfall and Spectre, which I bought at a later date, and the unofficial Never Say Never Again -a Thunderball remake starring Sean Connery). Before I write down my choice, here are some caveats for anyone who decides to do the same exercise: You have to watch these taking into consideration the time period when they were made: Dr. No, for example, was the granddaddy of the modern era spy action films, so there are a lot of elements that now might seem clichéd, but were quite revolutionary for its time (so much so that it did launch one of the longest-running movie franchises). Technical issues should not be considered. There w
Post a Comment
Read more
More posts