Showing posts from August, 2011
Show all

And I’m not talking about the coffee chain. It’s taken me years, literally, to catch up with one of the best, critically acclaimed sci-fi dramas of the last few years: the Battlestar Galactica (BSG) TV series that ran from 2004 to 2009. Great stuff. But watching it this way got me into thinking about the way we enjoy our personal entertainment and how its social impact has changed over the years. A long time ago, say, from the ‘50’s through the ‘70’s, there was a limited number of TV channels. So-called movie “events” were scarce (three or four really big ones a year, at the most). Your individuality was defined by the kind of books and magazines you read, and probably the theater plays you saw and night clubs you attended. But mass media was a social thing. Almost EVERYONE knew what had happened on the highest rated drama the night before, had heard the same local news, or had seen the same sporting event. A really big theatrical release guaranteed almost everyone had seen it and d
Post a Comment
Read more 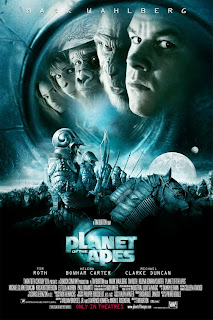 Now that Rise of the Planet of the Apes (#Apeswillrise / #elplanetasimios) released over the weekend in the US and will be opening on September 2 nd in Mexico, I’ve had the chance to discuss it with people in general with very positive results (everyone who’s seen it agrees it’s a great surprise and that it surpassed or at least reached their expectations… which is amazing considering how high these were). But I also realized that it is most un-cool to say you remotely liked Tim Burton’s 2001 re-imagining. Well, I confess I liked it. So sue me. But I’m a huge fan of the franchise, I grew up with it, I’m also a big Tim Burton fan, and I thought he did a very interesting take on the ape mythology. Rick Baker’s makeup was great (yeah, NOW we can do believable CGI apes, but that was still not the case back in ’01) and the ending was a brave attempt to update the original’s. I appreciated all of that. There, I said it. And now, to top that one off, here I will proceed to declare my lik
1 comment
Read more
More posts