Showing posts from 2020
Show all

´Twas the night before 2020, and all through New York City, my family and I spent our vacation. We ice skated at Rockefeller Center, visited St. Patrick’s Cathedral and climbed up the Empire State Building where we enjoyed the beautiful New York night skyline while, in a bit of dramatic foreshadowing, had to avoid an Asian boy suffering from a terrible, dry cough, not covering his mouth but just hacking around. We specially took note of this since. during the previous months, we started hearing in the news the first rumblings about a rare virus that made its appearance in faraway China (yes, we were politically incorrect and race profiling, but we couldn’t help it, I’m sorry and ask for forgiveness in advance to all my Asian acquaintances). China started not to seem so far away then. Afterwards, we were picked-up near Madison Square Garden to spend New Year’s Eve at my cousin’s house. Originally, we had a dinner reservation at a restaurant near Rockefeller Center, but I had not se
1 comment
Read more 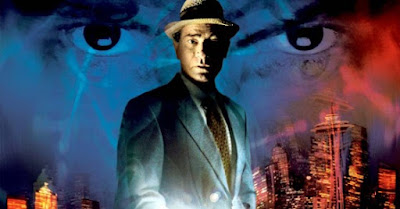 This one’s going to be a longer than usual, very personal and intimate entry to my blog, so please be kind and bear with me. “ When I grow up, I want to be like so-and-so ”. How many times did we say that as kids? As I’ve grown older, I’ve got to thinking more and more about who my formative years’ heroes and role models were and, more importantly, why. What was appealing to me? What did I admire about them? What influence did they have on the person I am today? These will include fictional characters or people who made a monumental impact on how I saw myself at the time, and probably had a role in shaping who I am today. I was never much into sports, so there are no athletes here. This doesn't mean I didn't have any interest in sports figures.  Nadia Comaneci , Miguel Marin , the Harlem Globetrotters , Terry Bradshaw and Pele come to mind, however none were remotely impactful enough to make the list. My apologies to all the sports’ buffs, I guess I was more of a
Post a Comment
Read more 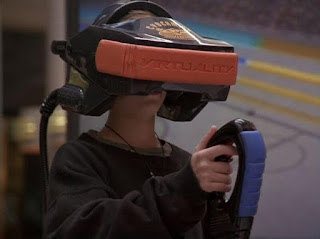 Many years ago, in the prehistoric early ‘90’s, I remember strolling through a high-end shopping center and bumping into a then-state-of-the-art    technology demonstration stand. Their most eye-catching item was a cumbersome Virtual Reality helmet with a clunky graphics’ CG environment (similar, but not exactly, to what I attached below to give you an idea of what it was like). In the simulation I experienced, you moved through a crude CGI futuristic town where you could even climb down the sewers while blasting Alien-Xenomorph-like blocky aliens. When I saw this, it blew my mind! I thought this was a gigantic digital evolution leap! The future was here! However, interestingly enough, the technology took a long time to be perfected and actually engage users. To this day, people still are not used to playing and exploring virtually inside the “cyberspace” (kids still prefer exploring the new hyper-real environments displayed on a huge flat screen, than wearing the
Post a Comment
Read more
More posts