You never know... memories of Ice.

October 05, 2011
This will be a quickie, but I really wanted to write about this.
A few years ago, between 1997 and 2001, I worked for a small advertising agency called González de la Vega & Associates. It was so small, my work was not limited by my title of Associate Creative Director (i.e. they had me multi-tasking without paying me more, but I didn’t really mind). One of my roles was drawing cartoon characters for different brands and miscellaneous advertising materials. 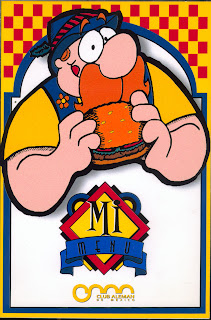 Back then we had the Fiesta Ice account (the kind you buy in bags at convenience stores and gas stations). I drew a very sketchy ice cube character which fortunately was immediately approved.
From that, as part of the campaign, I drew various different poses and situations which, to my surprise, are still present on their packaging, POS and distribution refrigerated trucks. 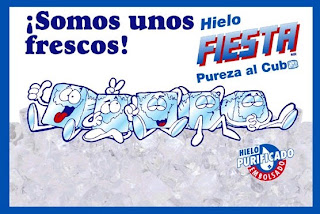 I visited their website a couple of weeks ago and found some familiar faces there… the characters have lost their outline quality when they animated them, but are still the same old crazy cubes I drew over 10 years ago!
And what’s more, our Home Entertainment division did a promotion with them for the release of Ice Age 3: Dawn of the Dinosaurs, bringing for me the brand into a full circle! (you can see one of my cubes in place of the "o" of the slogan "Pureza al Cubo" below). 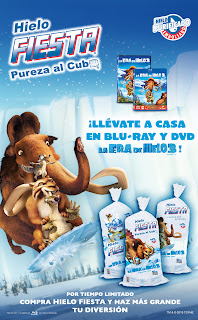 My kids are growing up looking at these characters in grocery stores, supermarkets and gas stations, knowing that their dad created them. That’s pretty awesome! I suddenly realized this became part of the cultural landscape, and all from a sketchy drawing I did so many years ago.
I never imagined that doodle would ever be so long lasting. Goes to show you, you never know in the long run what will happen with something you are doing today.
This is the one thing that stands out and I’m really proud of from the 7 years I spent working in advertising agencies before I joined the movie industry, and I'm really happy to share it with all of you here.