October 22, 2016
Long ago, in a decade far, far away during the monster craze period, two wonderfully creepy family shows were released through different networks and ended up competing against each other to everyone's delight. 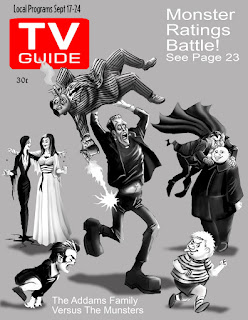 According to Wikipedia, The Addams Family aired for two seasons on ABC from September 18, 1964 to April 8, 1966 for a total of 64 episodes; while The Munsters aired on CBS from September 24, 1964, to May 12, 1966 with a total of 70 episodes. Both shows have lived in our cultural psyche ever since through reruns in syndication and now video collections, becoming enduring franchises. 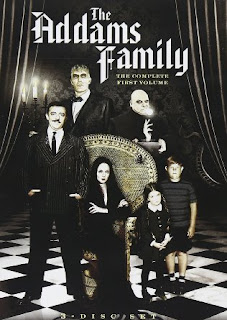 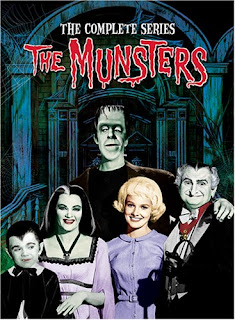 I had the chance to discover them in the early 70’s and immediately became enamored with the concept (as a child I even had my mom sew me up a black Herman Munster costume and buy me a red Herman rubber mask… yeah, red, go figure).

The Munsters had an arguably successful revival with The Munsters Today, a more traditional sitcom which (according to Wikipedia) “broadcast 72 episodes from October 8, 1988, to May 25, 1991, giving it more first-run episodes than the original series”. However, I doubt anyone under 35 remembers this iteration. 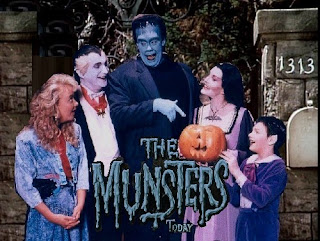 In 2012 they tried to unsuccessfully reboot the franchise with something called Mockingbird Lane (a reference to the Munsters’ home street name). Immediately since I saw the photos and read the concept, I guessed it would fail miserably -and it did (although I can’t be sure why, since I haven’t had the chance to watch it). I’m not a sightseer or the best TV concept analyst, but it obviously derived too strongly from the original’s vibe. 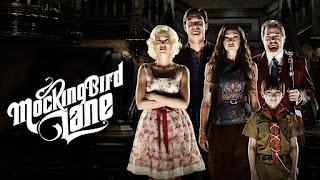 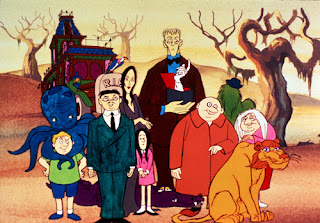 The Addams Family, on the other hand, has had various successful reincarnations including an animated cartoon in the 70’s, another animated series in 1992, and of course the great, classic Raul Julia / Anjelica Huston films of 1991 and 1993.

There have been other versions of both franchises (TV movies, a Munsters' theatrical release with the original cast, animated series and even an Addams Family musical play), but these are the most enduring ones. 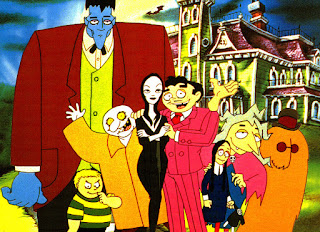 Now, even when The Munsters have been my favorites ever since my early childhood, I have to recognize The Addams family as the best developed concept.

So now that we are in the Halloween mood, following are the basic ideas I believe are behind each original incarnation so you can be the judge if later revivals kept close to them and if that had anything to do with their success (or lack thereof): 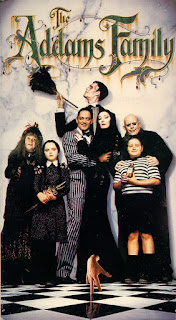 As everyone knows, The Addams Family is based on the dark and delightfully macabre cartoons of Charles Addams, however the TV show had many more layers to it: you had a very strange but united family, a family who had a very impresssive (albeit weird) lineage that saw everyone else as “strange”, and which was ironically seen by others like eccentric nouveau rich.

Even when to everyone else they were weird, they weren’t a dysfunctional family, quite the contrary, they were a loving, supporting bunch. They saw themselves as a normal family with a strong lineage, pretty much accustomed to their wealth –which made them abhor the rich, uptight and pretentious guests that sometimes dropped into their home.

That's what made them so appealing: they made you feel your own weird, dysfunctional family was normal in comparison. They behaved weirdly and were proud of it, not trying to change to fit within the society that surrounded them. 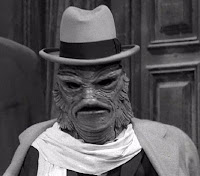 The Munsters, on the other hand, were immigrants from Transylvania, referred most of the time as "the old Country" (this in a time when post-WWII european immigration was fairly common). They were trying their best to subdue their nature to become the typical all-american family while looking like the classic Universal Monsters. They even had visits from the Gillman (Uncle Gilbert) and the Wolfman (Lester Dracula, Lily's brother) among other creatures. 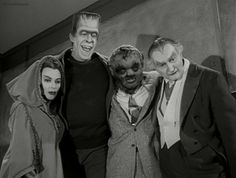 Even when the basic idea was not very strong (making fun of contemporary family oriented sitcoms with monstruous characters) the real key to their success was the wonderfully talented cast:

Fred Gwynne, Al Lewis and the glamorous Ivonne DeCarlo did an amazing job creating and portraying these characters, supported by Butch Patrick, who played Eddie Munster like a normal kid, and the stunning Beverly Owen and Pat Priest, who both played the part of Marilyn Munster, the awkwardly "ugly" duckling of the family. These characters were faced with typical, suburban problems, and the comedy derived from people reacting to them, even though they behaved "normally".

To be successful, both The Munsters and The Addams Family need extraordinary actors to portray them (Raul Julia, Anjelica Huston, Christopher Lloyd and Christina Ricci were essential in making the 90's Addams films a success), however while The Adddams Family is a great, fully conceived concept, The Munsters needs to be visually referential to its source, otherwise it's main appeal is lost.

Thinking about the creative process, it seems like The Munsters were the result of a TV studio creative concept meeting, while The Addams were born from the imagination and sensibility of an artist and built upon by other creative minds, making it a seemingly stronger basic idea.

Anyway, Halloween is the perfect time to revisit them and, even when I love them both, the original Munsters are still my favorites! 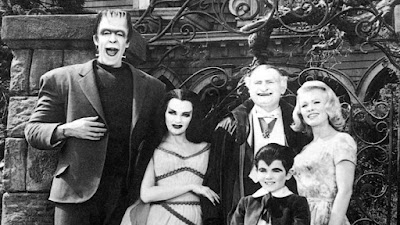