April 13, 2017
Clearly I need to dedicate more time to writing. I started out this blog before Christmas 2016, and I am finishing it just now, April 2017... note to self: be more constant on my writing habits!


Ok, so, back then, as Christmas was rapidly approaching, I started thinking more and more about the subject of Action Figures.

I used to love them. As a matter of fact I still do.

When I was a kid I spent long hours playing with my Big Jims, GI Joes, Mego’s Planet of the Apes and Star Trek action figures, Mattel’s Space 1999 figures and of course, Kenner’s Six Million Dollar Man. 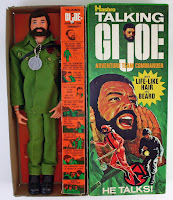 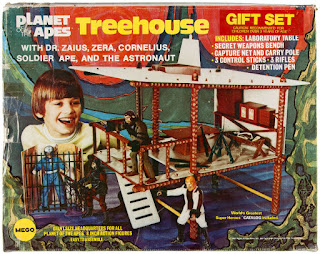 When Kenner launched the Star Wars 3 ¾ figures… well, that was a turning point that revolutionized the industry and the way we played. A lot of movie properties were released on that format (and are still being released for collectors). 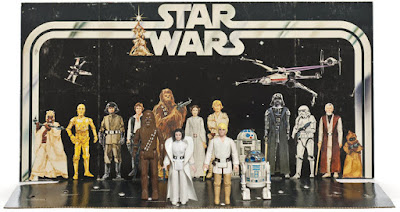 However I’ve noticed today's kids outgrow action figures at a very early age. As they get older, they buy them mostly as collectibles, not toys to play with.

This got me to thinking about how we used to consume entertainment years ago.

If you wanted to see a film you had to catch it while it was playing at the movie theaters, otherwise you would have to wait literally for years until they were shown on TV (or sometimes re-released theatrically).

If you were lucky, rich or both, your family had cable or a satellite dish and you could catch them a bit sooner (these just became popular during the late 70's and early 80's). Or maybe you had a super 8 movie projector to show them in your own living room, but these were expensive and not very common (you usually had to settle for a silent, cut print that reduced a 2 hour film to a 20 minute short). Remember, I’m talking about the time before home video systems (laser discs or VCR’s) became popular. 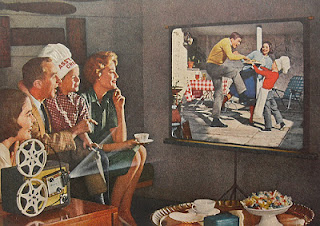 The same was true for TV shows and TV movies: you had to be home at the precise hour of the show, otherwise you missed it (if you were lucky you could catch it on a re-run -if there was one- months later). I remember sitting by the TV waiting impatiently for the showing of the first episode of the Planet of the Apes TV series fearing that, if I missed it, I wouldn't be able to watch it for months, if ever (as I write this, the complete series is sitting comfortably on a DVD box set in our family room). 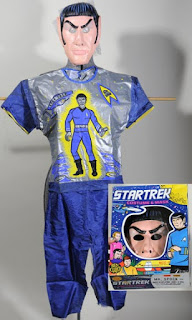 So if you really liked and were excited about a movie or TV series, the only option to relieve it was to use the available tools: comic books, soundtracks, the infamous Ben Cooper costumes in Halloween, board games, model kits, Mad Magazine parodies and, yes, action figures among many other licensed products.

As a side note, comic books were published based on almost every imaginable TV show and movie (most of the time they also did the continuing stories based on your favorite characters as they still sometimes do, but... ¿A Jack Kirby drawn 2001 Space Oddisey comic book continuing the story where the film left off? That was just plain weird).

You could also get the soundtrack for most films very easily (I remember listening repeatedly to James Bond’s Live and Let Die LP record over a decade before I was actually able to watch the film).

You had your view-masters and your toy “animated” entertainment varying from simple opaque object projectors and slides mounted on cardboard strips, to actual film running on very basic plastic contraptions with a crank that you had to operate by hand. 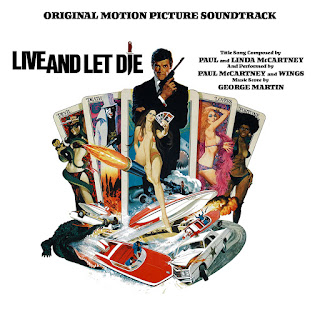 You also had a lot of fanzines that told you what the film was about, and even movie photo magazines that used stills from the actual film to tell the story. Oh, and movie books, of course; almost every film had to have a tie-in book.

The merchandising opportunities surrounding a property were endless while the actual entertainment experience –i.e. watching a film or a particular TV show- was perceived as unique and precious.

Nowadays if you want to "re-live" a film or TV show you can simply stream it through your favorite platform or, in the worst of cases, if the film or TV show is too obscure, buy it online through a specialized store. That’s that.

Even when this is wonderful, I have to admit I miss some aspects from the good old days: I loved listening to my late sister colorfully narrating Twilight Zone episodes (watching them on YouTube is just not the same) and discussing ad-nauseam with friends the minutiae of a show that we barely remembered, leaving a lot of interestng, unanswered questions.

I also miss the excitement of reenacting favorite scenes with recently acquired action figures or reading a movie comic book while listening to a cool movie soundtrack. Yes, entertainment is easily attainable today, but I think the whole multimedia experience has devaluated itself a little bit.

The offer is simply much larger than the demand.

And now kids can also recreate a movie and explore further adventures through sophisticated video games that place you right in the middle of the action. Just look at what I had to play with when I wanted to explore the world of James Bond or escape the Alien on the starship Nostromo on my Atari 2600 (this was the early 1980’s, at the dawn of home consoles when video games began substituting action figures, which is just after the time I described above), versus the new Xbox adventures my kids are playing today. 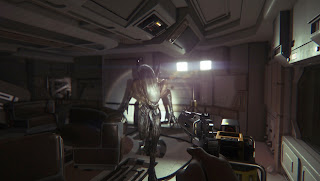 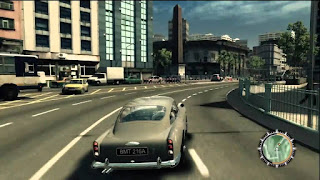 On the positive side, I can now exchange information with my children about likes and dislikes at the swipe of a finger over a tablet, share with them a Twilight Zone episode and meet their favorite blogger on the same sitting.

Despite some drawbacks, even when action figures have become collectibles instead of toys, I honestly believe we’ve made giant leaps forward on the entertainment field, and with Augmented Reality and VR looming large on the horizon, it seems the best is yet to come!