October 13, 2017
Maybe it’s because I was born and raised in Mexico, but there’s been an interesting phenomenon in the media (mostly in the US) that I can’t but marvel at, due to the apparent complexities and cultural ramifications.

I’ll try to make my case without being insensitive or offensive, however I believe I need to give a bit of background information on my upbringing just to clarify where this is all coming from:

I’m a gen-Xer through and through. I was born and raised in the seventies, while my teens took place through the 80’s.

I grew up watching, among many other things, Warner Bros cartoons with abundant racial stereotypes that would seem unthinkable under today’s political correctness’ standards: there were slow-talking black skinned manservants and cannibals, bucktoothed and spectacled oriental characters, and Mexicans (yeah, that’s us) portrayed as lazy zarape-wearing, sombreroed smartasses who spent the day sitting next to a cactus in the company of a donkey. 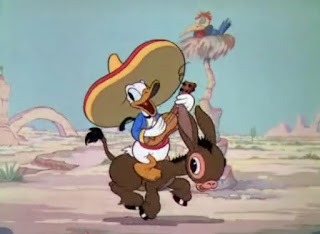 I was also blessed growing up right after the worst part of the human rights movements, which made it possible to enjoy a wide variety of shows that made it a point to be inclusive, without forcing themselves into being so: Star Trek, Sesame Street, Fat Albert, The Jeffersons, Different Strokes, Ultraman, Cometo-san, The Cosby Show (yeah, that one's made a horrible turn recently), A Different World, Arsenio Hall... 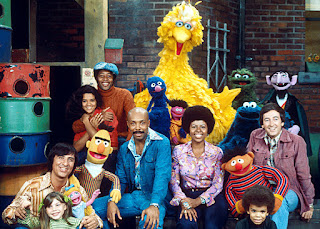 Last night I re-watched the 1973 James Bond film Live and Let Die, and was amazed at the black and redneck stereotypes portrayed, but back in the day we didn’t give a second thought about it; it was, like all James Bond films of the time, a caricature of their era.

At least for me, race has never been an issue: in Mexico our prejudice problems are rooted in cultural, education and economic differences. So, when I saw all those stereotypes mentioned above back then, I took them as non-offensive caricatures that helped us understand our cultural differences and historical roles. I never judged a person of a certain background based on these, as I didn’t expect myself to be judged based on Speedy Gonzalez (a character I love and don’t really feel offended by... but then, I’ve always been good at taking a joke). 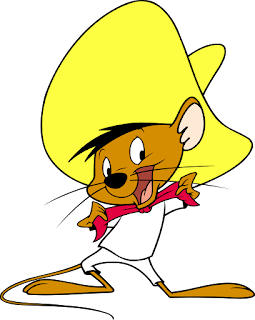 As for sex… I was raised in a family that developed through the 50’s, 60’s and 70’s (I’m the youngest of seven brothers and sisters). Even when my dad was what might be considered a “Mexican macho”, someone who believed women were supposed to get married and raise their children, my sisters rebelled and were very much pro-women’s lib.

So, my view is very inclusive regarding sex, race and religion (I’m agnostic). So, these recent explosive reactions (disguised as “liberal” stands) towards people expressing their personal points of view seem radical, and sometimes even fascist, to me.

The point is: yeah, we are different, and that’s what makes us interesting. Having good fun with these differences doesn’t make us bigots or racists; making fun helps us understand and celebrate our cultural backgrounds.

The problem, of course, is that there’s a fine line between “laughing with” and “laughing at” someone. I honestly believe that if we are all on the same page we can have fun at each other’s expense without being offensive (take a look at this video of Don Rickles making fun of a roomful of entertainment people from various ethnic backgrounds… I don’t think it was ever meant to be offensive, it’s totally the opposite, and it’s hilarious). Thanks to my nephew Ricardo Llera for sharing it.

Nowadays they’ve gone to the opposite extreme of political correctness in the US: everyone must be extra careful not to say anything that might be taken as offensive to other races, sex or religion. It’s hard to define what is and what isn’t correct (especially for someone who lives out of the States) but, honestly, I think this has been taken to ridiculous extremes.

Now it’s commonplace to have celebrities and politicians publicly excusing themselves for something they said or tweeted, and for various social groups to scream bloody murder at anything that might remotely offend them (and granted, there are the extremist groups and individuals that do say things to openly offend, making matters worse).  Recently actor Jeffrey Dean Morgan was digitally lynched through social networks for wearing a Blue Lives Matter T-shirt (which supports the Police). He had to go on explaining where that T-shirt had come from and that wearing it didn’t mean he was against the Black Lives Matter movement… everyone matters, was his final thought. People are so eager to jump into the hate band-wagon these days.

These are sad and dangerous times for freedom of speech.

Which brings me to the shallow, superficial main subject I want to address today: the sex/race change of well-known fictional characters… Why?

As a pop culture fan, I couldn’t understand why Josh Trank suddenly decided to make up a whole different character background story for Fox’s terrible Fant4stic Four reboot, making Johnny Storm African-American and Susan an adopted child… and now we have a female Doctor Who, and some people vying to have James Bond portrayed by a black man or even a woman, just to make the character more “inclusive”. I wonder what those same people would think if they made Luke Cage Japanese, the Falcon German and have Black Panther portrayed by Charlize Theron. 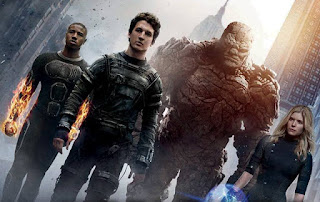 Characters, be it in books, comicbooks, films or TV series, are created in the writer’s mind with a specific background. There they garner a fan base and, after some time, become embraced by a wider mainstream audience and fans. The character becomes theirs, like an adopted friend they’ve known for years.

In my very humble opinion, out of respect to that audience, they should be portrayed by actors who approach what the character’s essence is. If a change is made, it should make sense and not tamper with the character’s inherent nature: the DNA that makes it what it is. When they decided to portray Nick Fury in the comics as a black character, its essence was kept more or less intact and, after all, it was not a “top tier” Marvel character; and then, when readers accepted the change, it made total sense to have Samuel Jackson portray it in the movies. I totally agree when, for example, people object to an oriental character portrayed by a Caucasian actor, now that there are many talented oriental actors available that could play it. 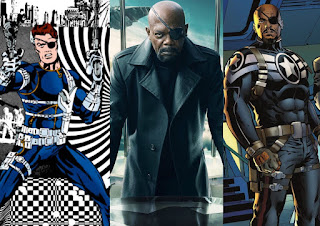 But changing the basic nature of a character just to “see what happens” and “make it more interesting”, “inclusive” and “in synch with the times”? That’s totally ridiculous and frankly, lazy. If you want a female Doctor Who, then CREATE that character (when they wanted an American James Bond they created the Man from U.N.C.L.E.; then came a Girl from U.N.C.L.E. when they decided it would be fun to have a female agent; they didn’t turn Steve Austin into Stephanie Austin, they CREATED Jamie Sommers, and when Marvel wanted a female Hulk, they CREATED Jennifer Walters! 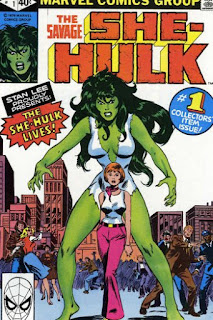 They didn’t have a problem creating Shaft, Supergirl, Spider Woman, Superfly or Blade. All great characters on their own terms. Why, then, change a beloved character’s nature? Again, I believe this is lazy character development.

My 5 cents are: the media should keep our beloved characters’ essence, portray characters in different media respecting their ethnic and cultural background, and create new inclusive, compelling multi-cultural characters that reflect our current global reality. You want a character to portray the LGBT community? Create a viable one! Don’t expect writers and producers who don’t understand that background to come up with one, or switch an established character’s nature, just to be “inclusive”.

And, retaking the other subject of this blog, we should be wary of extreme liberals (if there is such a thing) that jump at the slightest provocation to condemn anyone’s point of view that’s not their own. They are just as dangerous (if not more so) than a right-wing radical. We should definitely raise our voices against those who ACT against any one group (the recent Harvey Weinstein scandal comes to mind). But we should allow for people to express their opinions and points of view, even when they are different from our own.

As Evelyn Beatrice Hall elegantly stated (trying to convey Voltaire's thoughts on a certin issue):
"I disapprove of what you say, but I will defend to the death your right to say it..."

Let’s find a common ground where we can be open to learn from, and celebrate, our differences.

That’s my take on that. So now excuse me while I put on my sombrero and ride away on my burro.