It’s been a year and a half since I left 20th Century Fox and, until now, I hadn’t had the time or the inspiration to formally say goodbye.

As a quick backstory, after a few years at various creative jobs in advertising and production, I started my career in the movie industry in February 2000 when I joined United International Pictures (UIP) as Media Manager. 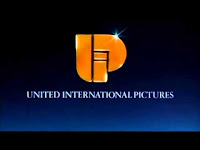 Back then, I believed I had struck career gold by getting a job at the industry I had always loved, so I was devastated when, less than two years later, I had to leave and move to Miami, Florida, due to personal issues.

While I was making that hard decision, a good friend (she happened to be my boss at the time) told me that you had to move on and not dwell in the past, as nothing in this industry (or the World, for that matter) was certain. Who would have guessed those words would prove to be so prophetic?

I spent six very interesting months in Miami, both very happy and very stressed, as my first son was born, but I couldn’t secure a steady job and the bills began to pile up.

As money was running out, I got an unexpected call inviting me to return to Mexico to a job at Fox (the same friend who told me about uncertainty had recommended me and, for that, I will forever be grateful). That happened in 2003.

Joining Fox felt like lightning had struck twice: it seemed incredible I had the opportunity to get back to the movie industry!

I spent over fourteen years there, first as Media Manager and then as Marketing Director.

When I joined, Tom Rothman and Jim Gianopulos were co-chairmen, while Paul Hanneman and Tomas Jegeus ran international distribution.

I was thrilled to work for the same studio that released films I loved growing up with: the Planet of the Apes original films, Star Wars and Alien, among countless other classics.

A few years passed before I finally got the chance to visit the lot in Century City, right next to what we called “Nakatomi Plaza” (the Fox Plaza building featured in the first Die Hard film) as well as the retro-futuristic streets and pedestrian bridges I watched invaded by simian rebels on Conquest of the Planet of theApes. 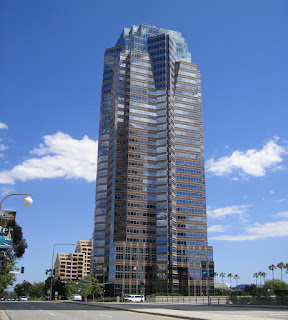 While visiting for our periodic international summits, I had some very exciting and unforgettable experiences:

I got to meet Tom Cruise for the first time, as well as the cast from the original two Fantastic Four films. Sean Penn walked right by our table while having breakfast in a hotel in Santa Monica. I attended a meeting with Gore Verbinski and, walking out, had a casual bump into none other than Warren Beatty (a big thank you to our friend Wayne Duband for introducing us). Ridley Scott and Oliver Stone, among many other filmmakers, presented their films to us at the Zanuck and the Small Theaters. I met and worked with Jeffrey Katzenberg and even had a quick chat during a cocktail party with James Cameron at the Intercontinental Hotel… these are just a few of the many anecdotes I fondly remember, and that’s not counting the huge amount of star talent (too many to list here) we got to host in Mexico for various tours and premieres.

Walking through the lot, I envied (in a good way) everyone lucky enough to work there every day.

Even when I never fulfilled my dream of actually working there -God knows I tried, but the stars never seemed to align- I attended many meetings, screenings and cocktail parties in those grounds. I also got to smoke and read a few scripts on the concrete benches lining the walkways between the sound stages, while I watched people go by their everyday exciting production business.

I loved the larger-than-life murals adorning the walls with art from the Empire Strikes Back, The Sound of Music, The Seven Year Itch, Die Hard, Young Frankenstein and even The Simpsons! 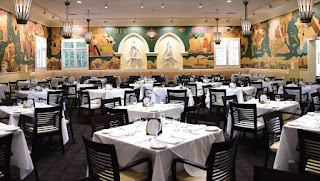 I had lunch a few times at the historic commissary and always made sure I made a stop to buy a few souvenirs, books and Blu Ray movies at the small studio store (it was always a treat to visit and get an employee discount!). 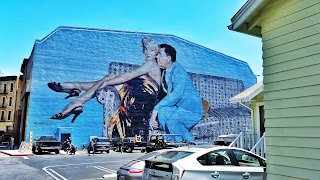 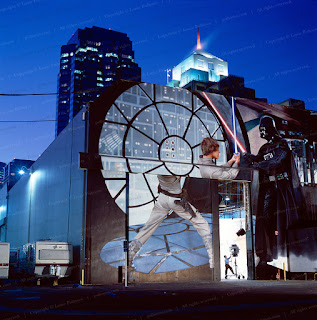 The studio slowly began to change, first with the departure of Tom Rothman, followed by the arrival of Stacey Snider (who, at first, I was thrilled to meet after reading about her previous career) and the final nail in the coffin: the ultimate departure of Jim G.

After that, the writing was on the wall. You could feel things were stirring in the air, and not in a good way.

For those and many other reasons, I was both sad and relieved when I had to leave for the last time the new but smaller Fox offices in Mexico City in September 2017 (we had only moved there a few months prior from our nicer digs at the Emerald Tower a couple of blocks away).

I left some good friends behind, but I knew then, as I know today, that the memories I made there will keep me company ‘till the last day of my life (and hopefully even after that… if you believe in such things).

Soon after, I was lucky enough to secure a job at Paramount (yes, unbelievably and against all odds, lightning struck thrice!) just at the same time as the news of the Disney/Fox takeover broke. It seemed I had only experienced the first symptoms of what would become a terminal condition: 20th Century Fox, as I had come to know it, would be no more.

I’m happy to say I’ve stayed friends with many of the wonderful people I met at the Studio, and I’m sure they will all land on their feet after the dust settles (they are too talented not to).

I am proud to have been part of that amazing Studio’s story (serving there 14 of its 84 years).  I have fond memories I will always treasure and friends I know will be part of my life for a long time.

At Paramount and Viacom we are hard at work creating the future of entertainment, as the playfield and the players continue to shift and change -just like our own Transformers- into a whole new, different beast.

The times are a-changin’, as Bob Dylan once said.

People are changing, entertainment is changing… but hopefully, there will always be a place for us: As long as we actively seek for it, the final frontier will be there waiting to be explored. 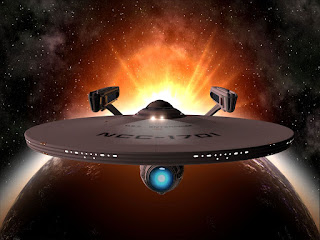 As for the 20th Century Fox that once was:

Thanks for the memories. 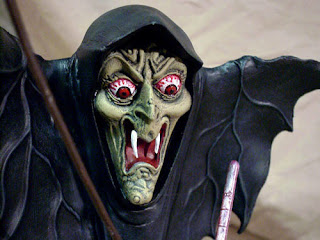 After a long, long time, I've decided to start blogging again. And for no particular reason, I decided to begin with this recent anecdote. Anyone who knows me knows I love supernatural themes and horror stories. Since I was a teenager, I’ve searched for opportunities to experience strange occurrences, without success. When I lived in Miami for six months in the early 2000’s I had an experience anyone else would have attributed to restless spirits, but which I am fully convinced was the result of a very stressful period in my life. We were renting an apartment in Fountainebleu Boulevard and I recall going to bed and hearing a woman’s voice calling my name from the bedroom door, and one night when I lay facing the night table, I felt what I thought was my wife embracing me from behind. Only the embrace suddenly turned into very violent heaving and shoving (and it was not my wife, believe me!). Both times I rationalized I must have been suffering from stress and was probably half a
Read more