´Twas the night before 2020, and all through New York City, my family and I spent our vacation.

We ice skated at Rockefeller Center, visited St. Patrick’s Cathedral and climbed up the Empire State Building where we enjoyed the beautiful New York night skyline while, in a bit of dramatic foreshadowing, had to avoid an Asian boy suffering from a terrible, dry cough, not covering his mouth but just hacking around. We specially took note of this since. during the previous months, we started hearing in the news the first rumblings about a rare virus that made its appearance in faraway China (yes, we were politically incorrect and race profiling, but we couldn’t help it, I’m sorry and ask for forgiveness in advance to all my Asian acquaintances). China started not to seem so far away then.

Afterwards, we were picked-up near Madison Square Garden to spend New Year’s Eve at my cousin’s house. Originally, we had a dinner reservation at a restaurant near Rockefeller Center, but I had not seen my cousins or their mom in years so, at the last minute, we decided to cancel and spend the night with them and my dear sister, who was also visiting.

Seldom have I been so grateful about making such a simple decision.

My cousin lived in New Jersey and, after a wonderful dinner and having celebrated the arrival of the New Year, was kind enough to drive us back to the city. We made a quick stop at the riverfront to have another look at NY’s skyline before crossing the Lincoln tunnel and getting back to our hotel, which was located one block away from Columbus Circle. It was a cold night, but it didn’t bother us one bit. It was so peaceful and quiet. 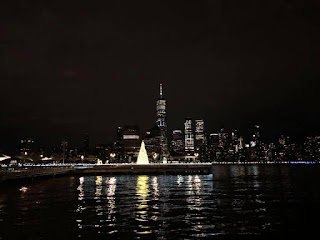 I should also note (because I'm also grateful about it) that the previous night we had had a drink with my nephew and his family at a fancy hotel bar near Times Square, and the day after we had dinner, again with my nephew, at a nice local restaurant in Little Italy. 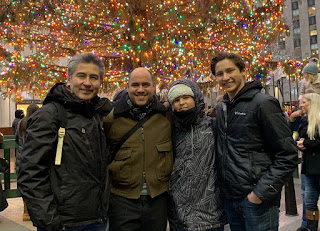 I'm sharing all this with you because we had the rare opportunity of spending the last days of 2019 and the first hours of 2020 in the company of relatives. Our family has been slowly but steadily drifting apart during the past few years so, even without knowing what was to come, we cherished these simple gatherings as a rare treat. 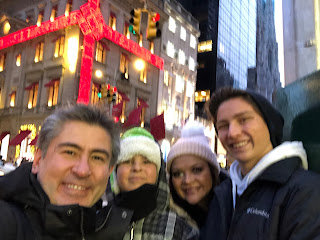 As wonderful as they were, I don’t think any of us could have guessed how much of a transcendental blessing these get-togethers would turn out to be during the following months.

As happened to everyone else, 2020 took us completely by surprise.

By early March, we heard the news about how the virus was spreading worldwide and we started following the Johns Hopkins University virus tracking site where you can see the red circles representing the infected areas grow and multiply across the globe. 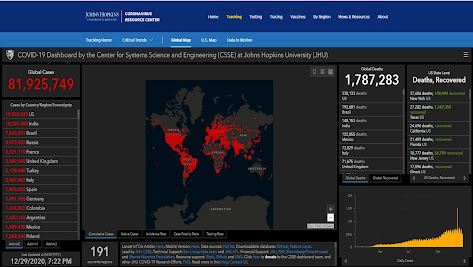 On March 8th my wife and I went to a nightclub for an 80’s themed music show to celebrate her birthday. I believe that’s the last public event we attended.

A few days later at the office, they gave us a facemask and a bottle of disinfectant gel, and they told us about plans for a home-office day drill which, as the morning hours passed, turned into a company-wide directive to gather our essential equipment, leave for home and stay there until further notice.

At the time, even when it seemed grave and our company was very concerned, Government officials in Mexico and the US were not taking this seriously, so with conflicting signals we said our goodbyes believing this would be a two-or-three week thing, thinking back to the 2009 H1N1 swine flu crisis. They told our kids the same thing at school and they came back home with their books for what at first was supposed to be just a few days off.

These “few days” have turned into well over nine months and counting, and all the while we’ve watched our plans slowly crumbling down: travel and celebrations were among other even more transcendent life projects that had to be postponed.

Probably like everyone else, we have gone through the various stages of uncertainty, tedium, anguish, boredom, desperation, depression, resignation, while questioning our fellow human’s immediate need to hoard toilet paper, disinfectant and vitamin C (the last two at least make sense). 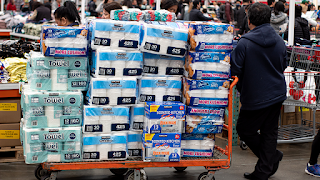 We’ve tried to see the bright side of things, putting on our best face and smiling in front of the unpleasantness of the situation we are all going through.

Danny Elfman released his song Happy on October 29, 2020. Besides loving it (being a long-time fan) I found it disturbingly appropriate and adopted it as my own personal anthem during the lockdown. 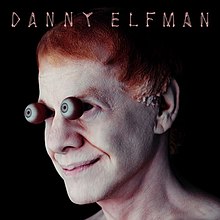 Like everyone else, we've tried to take advantage of this unexpected free time (those of us fortunate enough to still have a steady job have found at least an additional couple of hours a day available from not having to commute). Beyond the obvious and less productive binge watching of streaming TV shows, we’ve been exercising, catching up with our reading, cooking, taking up old projects and abandoned hobbies, and the inevitable mastering of zoom-like apps (maybe by 2021 we’ll have learned how to mute and unmute our mikes at the appropriate times). 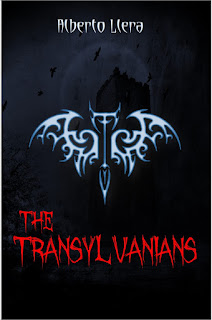 We’ve tried our best to keep in touch with family and friends while also learning to cope, as if it were a normal happening, with a continuous stream of news about people dying, public personalities or otherwise. Some have learned about the passing away of distant relatives, while others have had to bury the ashes of immediate family members and close friends after saying their last goodbyes at the entrance of a crowded hospital’s emergency room.

On an unrelated note and not trying to compare it to losing someone close, this year I saw the passing away of one of my life-long idols and number one favorite actor, Sir Sean Connery. Something that any other time would have been monumental became just a footnote in an unrelenting cavalcade of bad news. 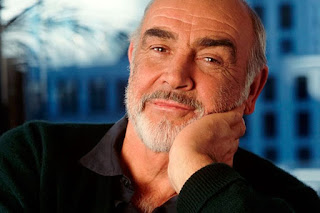 I could go on about what happened through the year: we went through incompetent politicians poorly handling the pandemic while others did an admirable job; a nail biting Presidential Election in the US (which has yet to provide its final act during January 2021) and, among many other events, natural disasters that added insult over injury.

We all know this (as Kate McKinnon so wonderfullyput it). We’ve all lived through it.

So, what have we learned? What are we taking away from this most unusual year?

First, I’d like to cite a favorite quote of mine, attributed to Paul Harvey, an American radio broadcaster for ABC News Radio:

Yes, the conditions are unique, but humankind has already gone through catastrophic events and pandemics -maybe not as widespread and documented as this one- and has always pulled through.

Because we, as humans, are extraordinarily resilient.

We adapt quickly, we are survivors, and even with all our flaws and faults, optimistic and inherently good by nature (at least that’s what I choose to believe).

Most of us have carried on trying to make the best of the situation, supporting each other to the best of our capabilities, trying to inspire, to be better and to overcome. We’ve banded together and have become stronger for it. We’ve learned new skills and applied those skills to carry on with our lives. Yes, we’ve also learned to cope with monumental losses, and by doing so, to seek out and look forward to new possibilities.

2020 will be remembered as a trying year, a year that will change humankind forever in the way we’ve learned to look at our own frailty, but it is my firm belief that we will come out stronger, more intelligent, more creative and more compassionate. Myself, I’ve learned to be more humble, thankful and to cherish what I have in the here and now, while not waiting for things to happen, but to make them happen. My priorities have dramatically turned on their heads.

I, for one, refuse to be trounced by any situation, overwhelming as it may be. There’s an old saying quoted in a film we recently launched at Paramount, Mission Impossible: Fallout:

Fate whispers to the warrior: A storm is coming.
And the warrior whispers back: I am the storm. 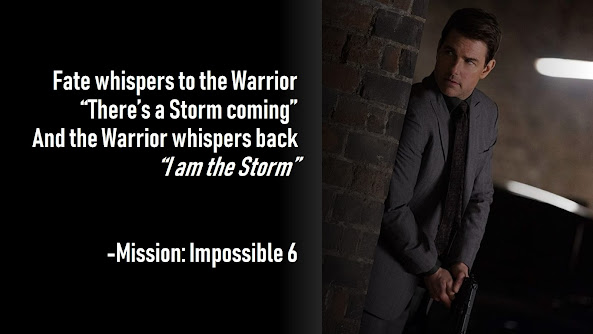 Yes, we are the storm. We are the ones who should make things happen, not happened to.

We must not let these learnings go to waste. It is our duty to grow from this experience and pass it on to future generations. Things will probably become more complex for everyone in the near future, but we should be ready for it.

The pandemic will hopefully soon be overcome thanks to our scientists’ brilliance and admirable hardheaded commitment. Let’s all make it worth their while by going back out there and surprising ourselves. We owe it to us, to our children and to all those who will follow. As I hinted at in the title of this blog, this should be the year that wasn’t wasted, rather that the year that just wasn't.

Because we are human, and humans are fantastic.